A new biography illuminates this most complex of political thinkers. 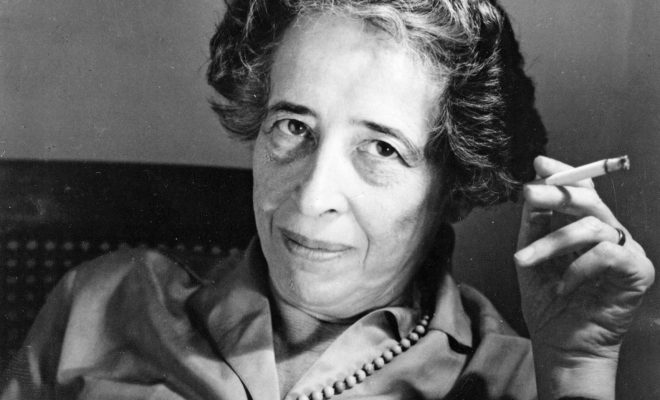 For anyone interested in political ideas the first encounter with Hannah Arendt is likely to be bracing. Her books and articles tend to force readers to rethink deeply held and long-cherished beliefs. Even readers who end up disagreeing with her often feel obliged to consider their ideas afresh.

The problem is that it is all too easy to misconstrue her arguments. Probably the best example is her coverage of the trial of Adolf Eichmann, the SS officer who was one of the main organisers of the Holocaust, in Jerusalem in 1961. Although it is impossible to reduce Arendt’s thinking to a catchphrase, the term ‘banality of evil’ – lifted from the sub-title of her 1963 book on the trial, Eichmann in Jerusalem – captured the imagination of many of her readers.

Unfortunately many of those who read Eichmann in Jerusalem, and probably many more who did not, took this to mean that Arendt thought the architect of the Nazis’ Final Solution was not evil. But as American academic and writer Samantha Rose Hill shows in a new biography, Hannah Arendt, that is a naïve reading. Arendt was not trying to excuse Eichmann’s murderous deeds. On the contrary, she was trying to undertake the forbidding task of investigating the nature of his evil.

Indeed, given Arendt’s background as a German Jew who escaped the Nazis not once but twice, first fleeing Germany in 1933 and then Nazi-occupied France in 1941, to suggest she downplayed Eichmann’s evil is a perverse reading of her argument.

Arendt’s main focus was what she called Eichmann’s ‘thoughtlessness’. For Arendt the SS officer did not set out with the intent of doing evil, even if that was the undisputed outcome. What he lacked, in her view, was the ability to think expansively. He could not imagine the world from the perspective of another person.

As Rose Hill shows, this and other aspects of Arendt’s argument caused outrage among New York’s intellectual community, of which she had become a central figure. Arendt lost many of her friends as a result of the Eichmann controversy. Yet she held to her views because she believed them to be true.

The first part is an account of Arendt’s life from her birth in Hannover, Germany, in 1906 to her death in New York in 1975. It brings out, among other things, both her remarkably acute intelligence and her great personal bravery. It also serves as a useful backdrop to understanding her intellectual preoccupations.

The second part looks at Arendt’s key writings. There are chapters on, among others, The Origins of Totalitarianism, The Human Condition, Between Past and Future, Eichmann in Jerusalem and Men in Dark Times. Each chapter provides a lucid introduction to the key points of each work.

For those interested in Arendt’s work – and anyone curious about political ideas should be – Rose Hill’s work is an excellent primer. It cannot, as a relatively short introduction, hope to examine all the complexities of this most penetrating of thinkers, but it is a great starting point.

The radicalism of fools